The Enéas Freire Palace, named after the creator and one of the founders of the Clube das Máscaras Galo da Madrugada, was inaugurated at Rua da Concórdia, 984, on December 2, 2008, under the strong emotion of all those who make up the largest carnival bloco in the world.

This is due to the fact that the date was also Eneas’ birthday and although the structure was ready at the beginning of that year, it was on the anniversary of the “father of Galo”, who had died in June when the construction was presented to the public.

The Galo da Madrugada headquarters itself was an old dream of Enea’s, who didn’t even wait for the project to finish and that same year saw what would be his last Galo da Madrugada on the palace balcony. Rômulo Meneses, president of the club, pointed out that “Neinha” (the affectionate nickname given to the founder) had a desire for a project in which it would be possible to unite the administration of the club (meetings, exhibitions, launches, and tributes) with other cultural actions besides the Saturday parade of Zé Pereira. It was also Enéas’ wish that the Galo da Madrugada had its own monument, where all the greatness of the club was documented.

Currently, the Galo da Madrugada headquarters has a program called “Galo – happiness over the year”, which promotes festivities of appreciation of Pernambuco culture not only during Carnival but also during the twelve months of the year. One example is the previous Quinta do Galo, which begins its editions in the second semester and continues until the previous week of Zé Pereira’s Saturday. The party has main attractions and guests, as well as multicultural groups such as Galo masked clowns, Maracatu Rural¹ (Baque Solto), Maracatu de Baque Virado¹, Caboclinhos², Frevo dance group, Bloco Lírico, and Galo da Madrugada costumes.

¹ Maracatu is a musical rhythm, dance and ritual of Afro-Brazilian religious syncretism, typical of the state of Pernambuco. It appeared in the middle of the 18th century, from the musical mix of Portuguese, indigenous and African cultures. The oldest record of Maracatu Nação dates back to 1711, but the year of its origin is uncertain. Check out more here: FUNDAJ
² Dance of popular Brazilian folklore of indigenous origin, the caboclinho is one of the most traditional rhythms of the carnival of Pernambuco. The dance was first recorded in 1584 by Father Fernão Cardim in the book “Tratado e Terra da Gente do Brasil”. Check it out here: FUNDAJ

The site, which occupies an area of 1,000 m², was designed by the architect Arinêe Fulco and the engineer José Schvartz. The interior decoration was finished by the architect Mário Baô, who used varied and strong colors, working with mutant elements, so that the spaces can be used in a flexible way. The total investment in the project was about 1.3 million reais.

In December 2018, by letter no. 3451/2018, the Secretary of Administration of the Government of Pernambuco granted Galo da Madrugada the property located in Sérgio Loreto square, formerly Grupo Escolar Sérgio Loreto (GESL).

The building will go through restoration and revitalization works to receive a cultural center, with a Galo da Madrugada memorial, music and dance workshops, as well as projects related to the carnival folklore of Pernambuco and the creative economy in general. 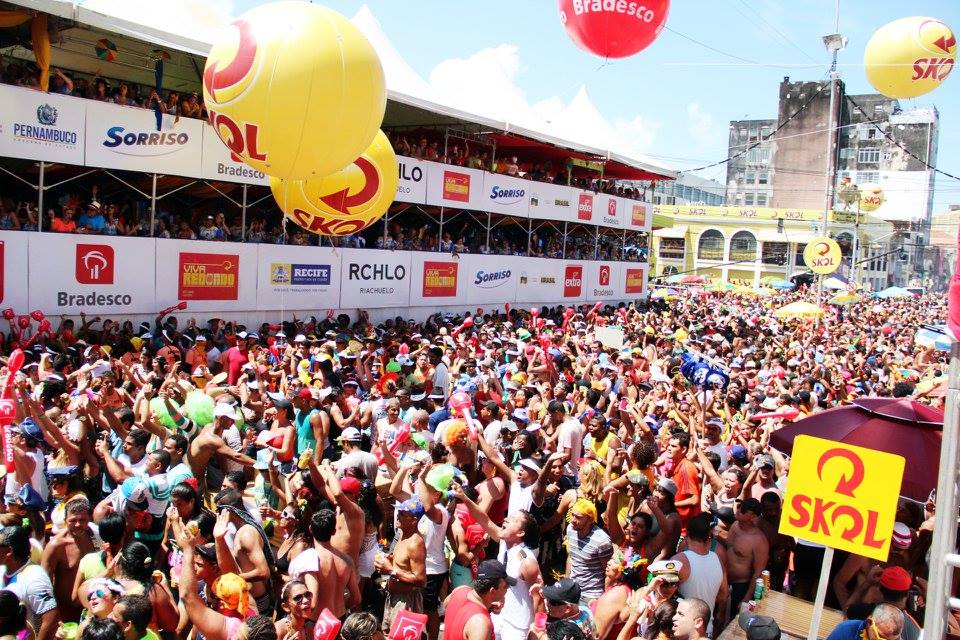